There should be no surprises when I say that moving back into the Western World was not without a little reverse culture shock.  It has, however, surprised me by the things that have taken some adjusting to and the things I am really enjoying!

Drinking tap water should have been the greatest thing in the world.  But I have been so wired to not drink tap water now that I kept forgetting that I could.  Couple that with the cold weather and I was extremely dehydrated my first week here.  The water tastes a bit funny to me but I am also not sure if that is just the taste of Berlin water or if I’m just so used to drinking the ‘recycled’ water in Thailand.

Everything is closed on Sunday’s here which is still throwing me through a loop.  It’s my only day off and I want to run errands but I can’t.  I was told over the weekend that this is impossible here (yes – the word used was impossible).  Aside from the local Spati’s (late night corner shops) almost everything is closed.

I have traded in my motorbike for a push bike which I am actually loving.  It’s so quick and easy to ride around here (although moderately terrifying because everything still feels backwards to me).  The extra exercise is great although I have been using it to justify eating bread and soft baked pretzels which is not so good.

German efficiency is beginning to look mythical to me as the formal process to register my existence and apply for my visa is a stressful and taxing one.  Even with a lawyer it’s a difficult process and you always seem to need one thing in order to do another and vice versa.  I don’t know if this is simply the ‘German way’ or if they are trying to discourage the (quickly growing) number of expatriates living in the city.  A question for another day.

I have been surprised by the number of people who don’t speak English here.  On most accounts, general consensus was that almost everyone speaks English here.  This is simply not the case.  It makes training interesting because there’s a lot of hard work being done, and people shouting in German.  Sparring is particularly frightening with all the German yelling. 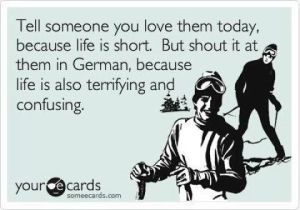 I have to be very mindful to not fall into the lazy trap here.  Particularly with these colder months ahead.  Part of my moving here was to explore Europe and enjoy Berlin so I need to be diligent in doing so.  The two days off that I have had I have spent doing some touristy things.  A trip to the Zoo and the Berliner Dom have been my first two pits stops and I am planning to take a trip over the Christmas weekend – hopefully to somewhere I have not visited before.

Grocery shopping is challenging because I have had to Google translate a lot of things.  Meaning I spend a lot of time at the grocery store and often leave without things that I went in for (and a lot of things I didn’t go in for).  I have had some groceries delivered online so I could translate my orders on my computer but there is a noticeable price difference for doing so.

I have joined the ‘Free Advice Berlin’ group on Facebook where I can ask random questions and get advice.  It’s been very helpful in me avoiding committing any cultural or social faux pas, simply from reading other people’s questions.

Socks.  How great are socks!?!? Especially the warm fluffy kind.  And shoes!  I don’t even know where my flip flops are!  It’s a bizarre thing to be enjoying it, but I am!

There is a nice casual culture here which really suits my style.  My boxes still haven’t arrived from Thailand though so I am wearing mostly gym clothes and was forced to buy new jeans.  It could be worse, but I will enjoy having my things when they finally do arrive.

It is COLD!  But shockingly, I am enjoying it – provided there are no gushing winds.  It’s been a really pleasant change after walking on the sun for 3 years.  It takes an extra few minutes to get out the door because of all the layers I have to put on, but all in all, it’s not so bad.  I have more difficulty regulating my temperature between the initial cold, warming up by walking and riding, more cold, then extremely well insulated buildings.  I will get there eventually. 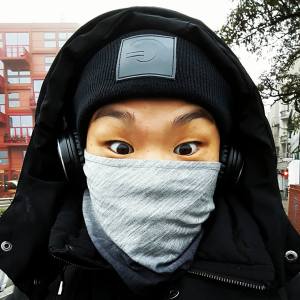 DHL and other package delivery services are free to leave your parcels with your neighbours which weirds me out a little bit.  So far it’s been fine and it appears to be common practice.  Definitely not something I would want to have happen in Thailand.

The party scene and nightlife is not as obvious as I had expected.  Turns out Berlin has a great nightlife, but is, for the most part, a regular city where people get up and go to work.  Who knew!

I have managed to find a lot of random things that I thought would be difficult to find.  The other day I even found Matcha powder which was a huge win for me.

Wheat free bread is a thing here.  And gluten levels in regular bread are low.  So little to no allergic response to bread has been fantastic.  Very pleased to have been shown where the wheat free bread is though (hopefully when I go back there, the person can speak English…).

Berlin is proving to be quite a lonely city but again, I am not sure if this is due to the weather and being new.  I expect that summer will be a very different story.

All in all the move has gone well.  I love that I am here and I am insanely happy.  It was the right call for me personally and I’m excited by the opportunities that lie ahead.